WINNER: MOST INNOVATIVE at the 2021 Indie Groundbreaker awards

This Discord Has Ghosts in It is a game of entering and exploring a haunted house filled with ghosts. That haunted house is a Discord.

In this game, players are either investigators or ghosts.

investigators can only speak

ghosts can only type

The Discord is split up into rooms of a haunted house. Ghosts haunt rooms and type their horror into them. Investigators explore each room all while narrating the horror to all players. Ghosts will reveal parts of themselves by creating new rooms, inspiring horror, and making the house a labyrinth.

This game is for two to twelve players, played over the course of one to three hours.

Design by Adam Vass and Will Jobst

Writing and development by Will Jobst

the difference between ghosts and poltergeists by Seb Pines (@smolghost)

Cover and layout by Adam Vass

Early Access
This game is in early access, and will be updated, expanded, and released in winter 2021. With your support, we will be able to dedicate more time and money toward developing this game.

Physical Edition
The updated and revised edition of This Discord Has Ghosts in It will be coming this winter! This is a free update for everyone who downloaded this game. Preorder the physical version here. 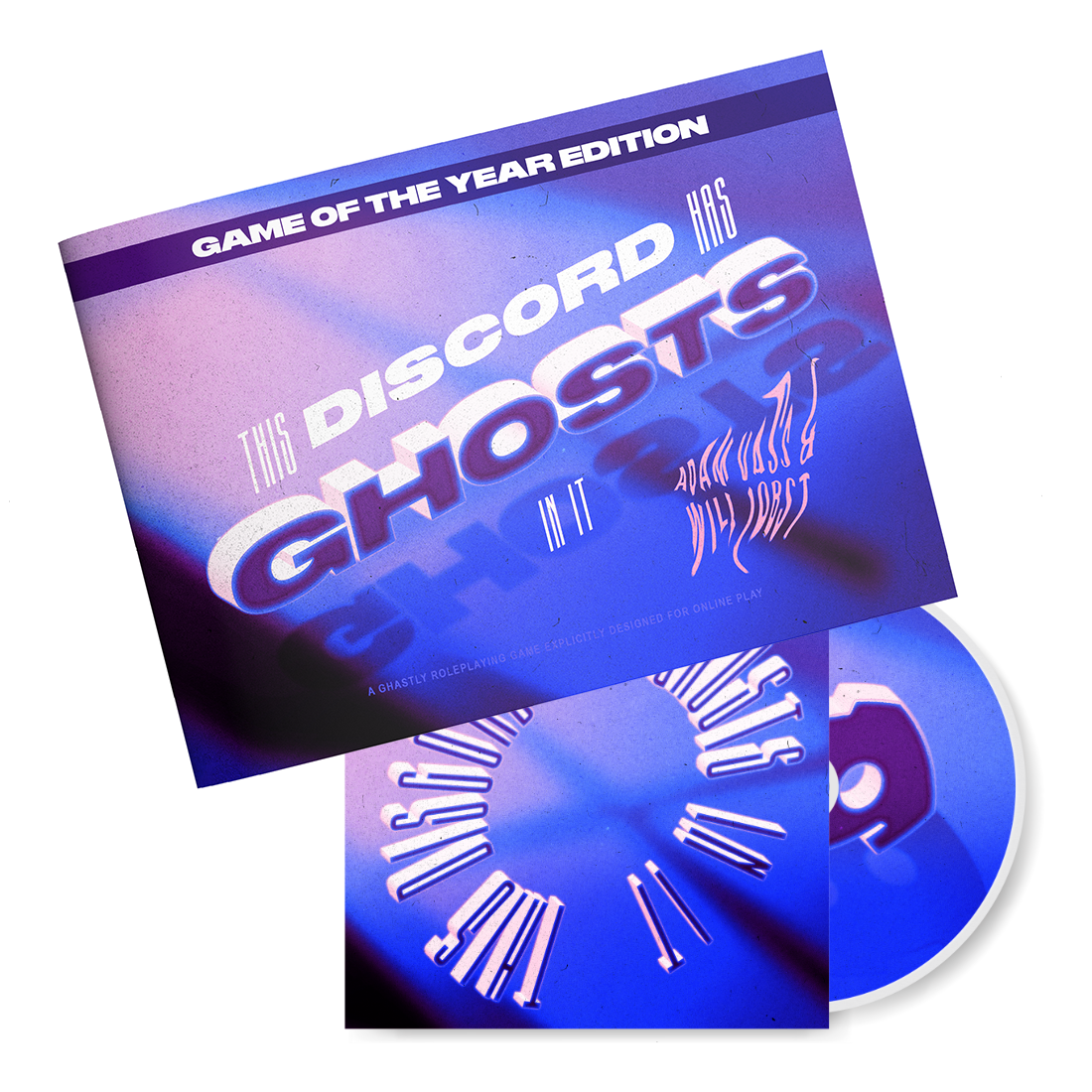 What's going to be included in the full release of the game?

Everyone that downloaded this game, including those who grabbed a free copy, will get access to the complete version of the game.

In order to download this haunted house you must purchase it at or above the minimum price of $7 USD. You will get access to the following files:

Support this haunted house at or above a special price point to receive something exclusive.